A historic Mearns visitor attraction has proved so popular it will have to double in size, say volunteers.

A planning application has been lodged to Aberdeenshire Council for a significant expansion of the Tolbooth Museum on Stonehaven Harbour.

The Stonehaven Tolbooth Association (STA) which runs the facility hope the plans will cement it as an “iconic” building.

The proposals are for a two-storey extension to the Tolbooth, which will allow it to house further exhibition space, a function room or cafe – or a combination of all three.

Last night the STA said it hopes the application for planning permission and listed building consent would allow them to tackle the “serious issue” of overcrowding facing the museum.

The extension to the Tolbooth would be built into the courtyard section of the site.

Under the plans the ground floor will be reconfigured to give access through a different doorway.

A new reception and information area would be formed, along with a staff canteen and public toilets. The current display areas would also be realigned.

He added it “has been the most frequented free attraction operating under Aberdeenshire Council’s museum service umbrella”.

He also said the proposals “would enable the museum to expand but at the same time retain the ambiance of the community hub which we have fostered over the last five years”.

The spokesman added: “This success, whilst welcome, has come with a price and given the current size of the museum and the high footfall, the visitor experience has, on many occasions, been less than satisfactory as overcrowding has become a serious issue.

“The architects reviewed the existing footprint of the Tolbooth complex and by utilising underused space on the ground floor the plans permit the doubling of the size of the museum at this level.

“The addition of a glass walled upper floor creates an area that will provide panoramic views of the harbour and coast and be able to operate as a café, a function room, further museum space or any combination of all three.

“The design is a blend of the old and modern and will become an iconic building that is sure to attract locals and tourists alike”.

A brief history: The Tolbooth

The Tolbooth, constructed in the late 1500s, is believed to be the oldest building in Stonehaven.

It was built as a storage facility by George Keith, the 5th Earl Marischal and founder of Aberdeen’s iconic Marischal College, as he began work on an extension of the neighbouring Dunnottar Castle.

When Stonehaven was named the county town in 1600, it began its life as the local tolbooth, courthouse and prison.

The ground floor was the site of the prison and an exercise yard, and the first floor was home to the court.

When new facilities were opened in 1767 to fulfil these functions, the Tolbooth entered a new era as a storage facility for grain, coal and lime until the mid-1900s.

In dire need of repair, it was rebuilt in 1963 into a cafe and museum.

The STA was formed after the building was closed down by its owners, Aberdeenshire Council, in 2011 and revived it as a free entry community facility.

The local heritage museum is home to relics dating back to the Iron Age, as well as items from the history of the building itself. 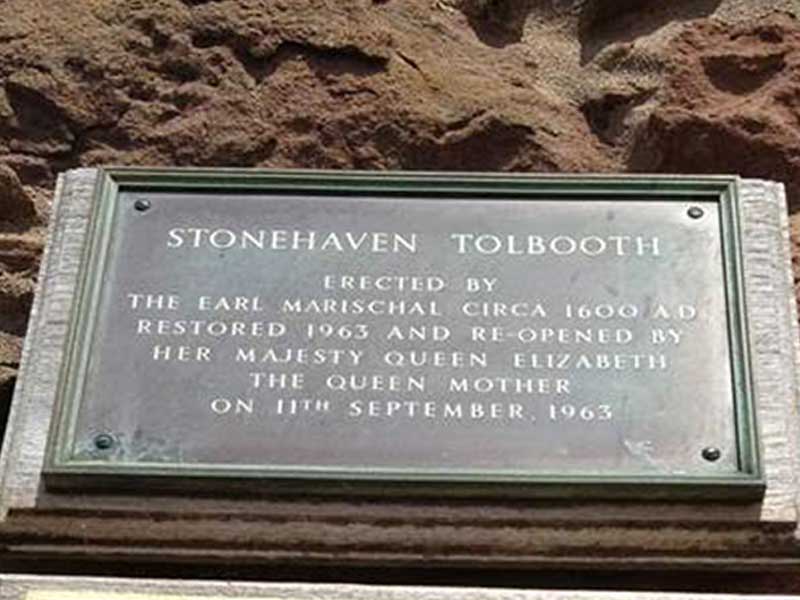